In Cruises Pub Ennis tonight from 8pm with Jimmy Clancy and hopefully many visiting musicians – pop your head around the door or come in a look for a seat! You could be lucky…;)

Make your way into town tonight and join in with our open session at 8:30pm in Cruises Bar! I’ve a few photos from last Thurs (- some of you may have looked up the Facebook Group ‘Ireland’s Inner Beauty’ for the several Live videos taken that night;)) We had a lovely night with Andy, Paula and Patsy joining myself and Jimmy. We were delighted to have Andi again from NYC on fiddle and met David and his sister Angela on whistles and low whistles from Germany/Norway – friends of my friend Olaf Sickman! Maybe see you later. 🙂 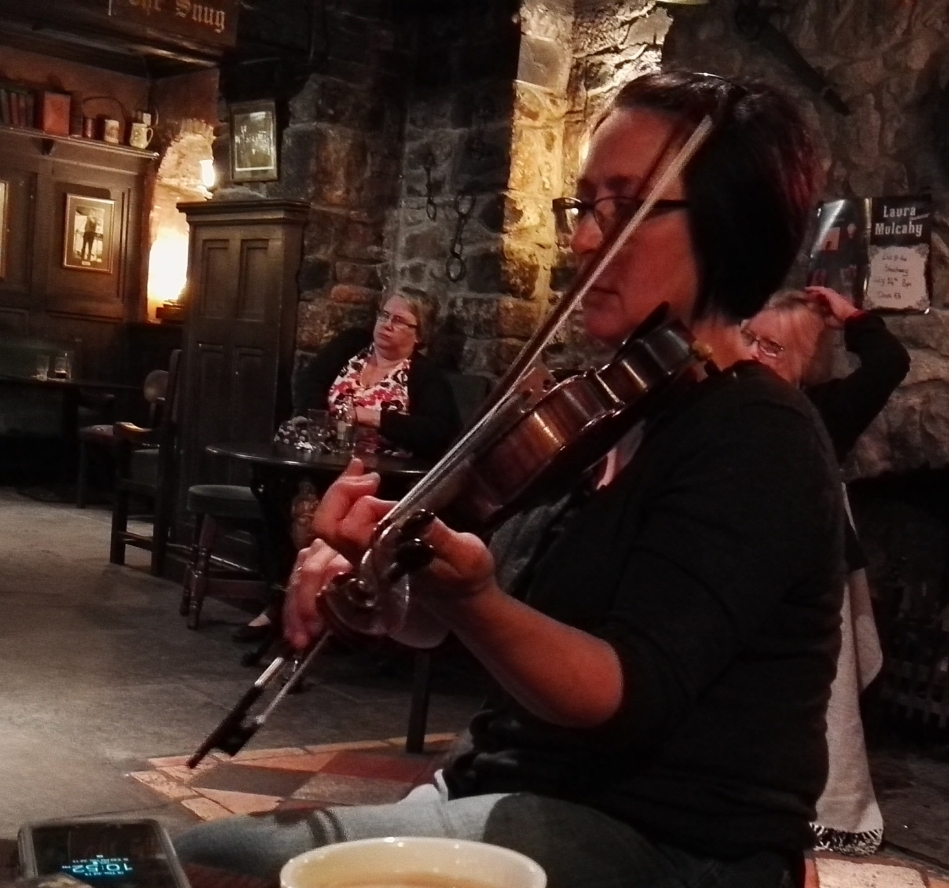 Andi Leahy from New York visiting and adding to our session!

Paula on fiddle and Patsy on accordion.

Andy Lambert on bouzouki and vocals.

Paula and Patsy. Note in the foreground the wild rose from The Burren that Ronán brought in to us – with seed bulbs too! 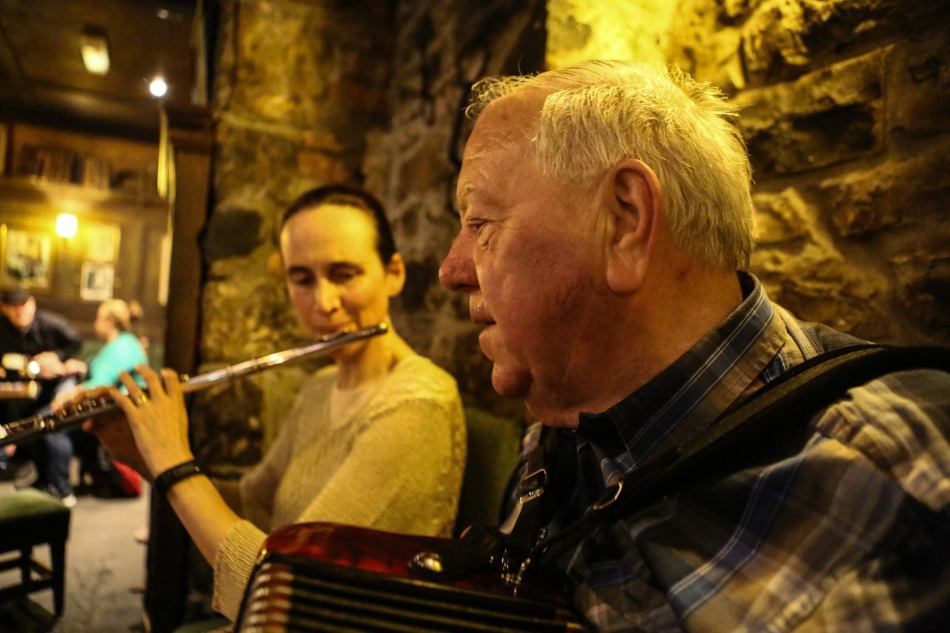 Áine on flute and Jimmy Clancy on accordion. Photo by Pat Keating.

David Westphal with his sister Angela.

As promised, here are the manuscript notes and video of ‘Jimmy Clancy’s Fancy’ and ‘Jimmy will find a relation’ – two reels I wrote last month. There are many of you out there who can do a better job of playing these than I can so please give them a try. (Am not a great trad player – a good musician, I hope!) There are musicians who are used to translating manuscript into abc notation – I’m not very used to it, but will do that for you soon. Thanks Olaf Sickman for asking to be the first to record a composition of mine – Olaf plays a lovely solo guitar version of ‘Bláthú’ on his album ‘Cafe Rialto’! 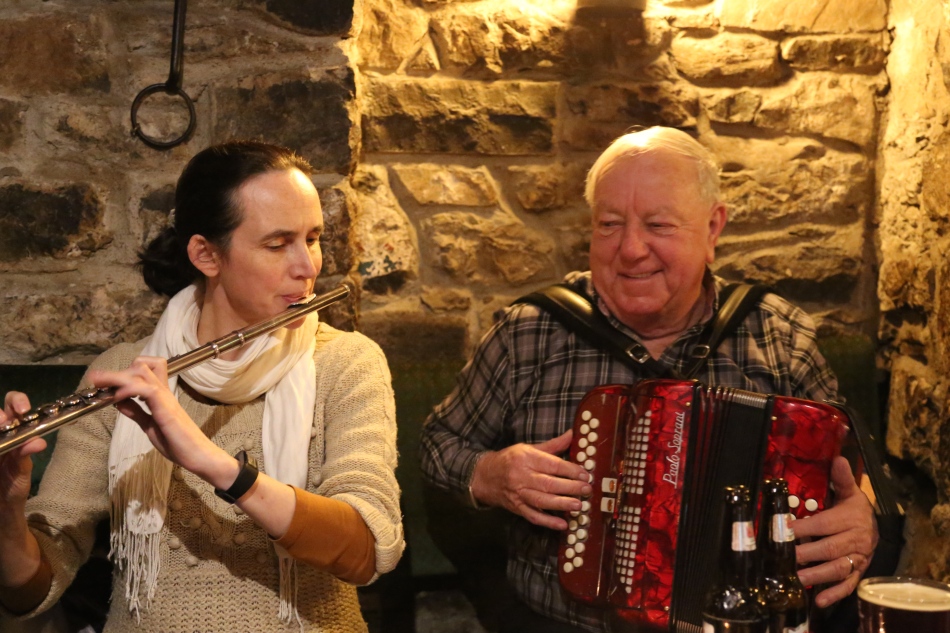